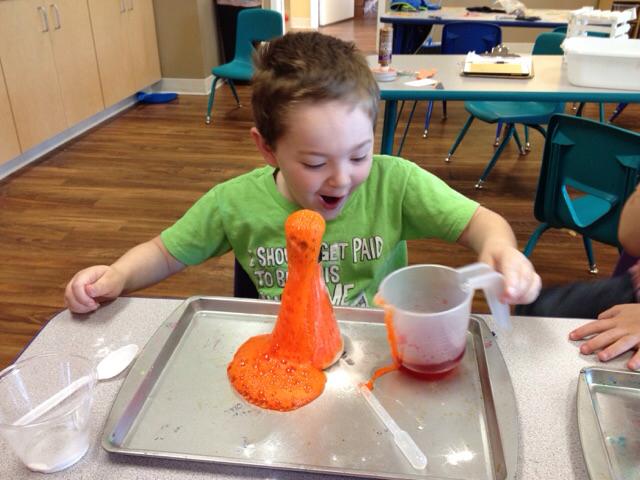 Originally posted on Oh My OMAHA

For the last few years, I’ve been immersed in the world of play at Omaha Children’s Museum. I’ve learned that play is the best way for young children learn. Daycare centers like Premier Academy Child Enrichment Center have the same philosophy in teaching children.

“Play is the child’s work.”

I chatted with Jewel McKercher, a director at Premier Academy Child Enrichment Center in Omaha and Elkhorn, to get a better understanding at what sets the center apart from others.

While it’s a fact that Premier incorporates Nebraska Early Learning Guidelines into the curriculum, the center also believes that play is the child’s work, she said.

“Teacher need to encourage the child’s natural curiosity and eagerness to learn,” said McKercher. “The Nebraska Early Learning Guidelines does a fantastic job of training teachers to allow for exploration and discovery.”

Related post: 7 Things To Look For In Omaha Childcare

How they include play at Premier Academy

According to McKercher, there are different techniques to building happy and strong foundation in early childhood education. She said this can be done by “balancing active time with quiet time, teacher directed activities with child selected ones, and structured learning with fun-time.”

This is where it’s pretty interesting to me, as this is how I see my co-workers at Omaha Children’s Museum trying to strike a similar balance when planning programming. It’s why the museum encourages open play in each exhibit, but also has daily programs offered for a guided learning and play experience. Both forms of play are important. In an early childcare classroom like at Premier Academy, the teachers understand this too. They embrace that play is the child’s work, but they also incorporate facets of early childhood learning.

In the preschool classrooms, for instance, there are different centers that incorporate play-based learning into play. The centers include the Dramatic Play Center, Blocks Center, Large Motor Center and the Creative Arts Center. As kids play, they’re learning important social and emotional skills.

All the children at Premier also get to spend time outdoors, weather permitting. Both the West Omaha daycare and Elkhorn daycare have a 5,000 square foot outdoor playground!

I learned a lot just interviewing McKercher from Premier Academy in Omaha. If you thought she was helpful, too, and you happen to be in the market for childcare, I encourage you to check out her employer and see if Premier is the right fit for you!