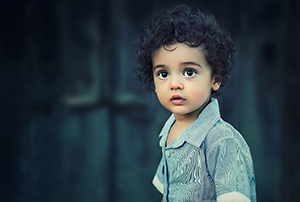 In the summertime, it’s second-nature to apply tons of sunscreen on our children to protect their skin from the harmful effects of the sun. But many times, as much attention as we give to their skin, we often overlook another area that can be damaged by the sun – their eyes.

We put sunglasses on to shield our eyes and our children should have the same protection. This protects them now and also helps to prevent them from developing common eye problems later on in life. Keep in mind that UV rays are radiation and radiation is damaging to the eyes just as much as it can damage anything else. Here is just a partial list of those common eye problems that you should be aware of:

A good rule of thumb to help protect your children’s eyes is to put sunglasses on them if they are going to spend any extended amount of time in the sun. It’s never too early to start this practice. You’ll want to use standard tinted glasses not the colored lenses that are popular with kids.

If you have younger children who are having a hard time wearing the sunglasses, a large hat with a wide brim or visor is the next best thing. You can also try attaching an elastic band to the sunglasses to help hold them in place.

Sunglasses, sunscreen and your children should be a common routine in the summer!

For more information on childcare and parenting, check out Premier Academy’s Blog Page.